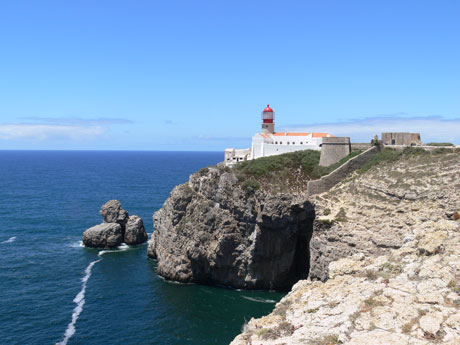 Locally known as ‘The Cabo’, this park is a popular day trip for tourists to the Algarve. When seeing the towering cliffs which drop hundreds of feet into the sea, one can imagine to have reached the Fim do Mundo, the end of the world. Every day local fishermen defy the gusts of wind by standing on small ridges to get their catch of the day, often resulting in casualties.

The Cabo de São Vicente is part of the Costa Vicentina National Park, a park that extends along the coast of the Algarve and the Alentejo for over 150 kilometres. The park was established in 1995 by the Portuguese government to protect this pristine part of the west coast from property developers. Development is prohibited within 1 km off the coast and tall structures are not allowed along the 80km coastline. The park includes 60.000 acres of land and almost 30.000 acres of sea.

‘The Cabo’ is a true paradise for bird watchers, nature lovers and photographers. The area has a semi-desert (tundra-like) environment, but in springtime field flowers emerge in an explosion of colour, making it a feast for the eye.

Apart from a rich diversity of plants and mammals (otters, badgers, lynx), the bird population is especially characteristic for the area. Along the riverside you find heron-type birds, storks and kingfishers. The cliffs offer an excellent breeding ground for peregrine falcons. And most remarkable: this is the only place in the world where storks nest in the rocks above the sea.

The beaches offer the best surfing location of the country with Aljezur as the centre of the action. There are an enormous variety of beaches: some broad and others small and tucked away. Although many secluded beaches are less easily found they are not to be missed. 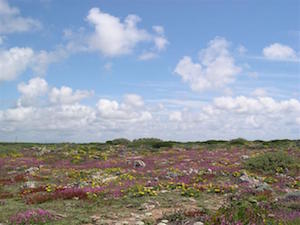 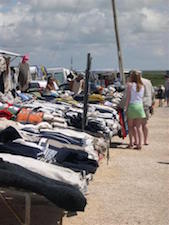 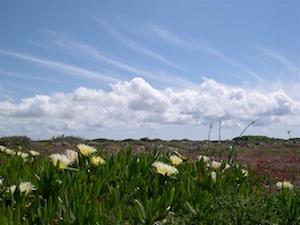 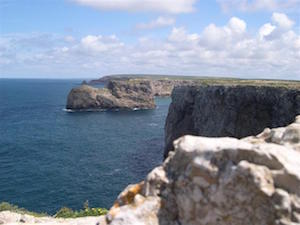