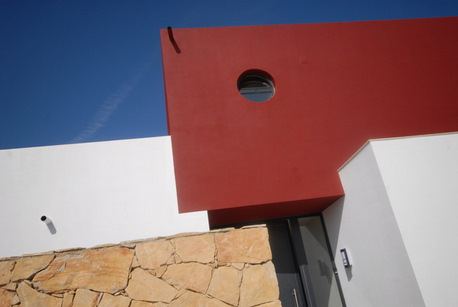 Finding a name that suited our B&B wasn’t an easy job, but we finally came up with a name that not only represented the house and the area, but also us: B&B Cas al Cubo. Or in English, cubic house.

Cas is the Basque word for house, Al refers to the Moorish history of the Algarve and Cubo is a cubicle. The name Algarve dates back to the Moorish occupation of the Iberian Peninsula when this area was called "al-Gharb al-Ândalus" (West of Andalucia).
Therefore B&B Cas al Cubo does not only refer to Portugal and its history, but also to the house itself.